Open Thread: Is A Billion Dollars What It Used To Be?

I've been thinking about this question for a while after seeing it reported on various other blogs, and I haven't come up with an answer, so I thought it might make for a fun Open Thread to put this out for reader suggestions.

I've been trying to think more about statistics and historical trends as I do my predictions, and while some of us might wish that artistry alone was the main factor in the Oscar race, movies are also about business, and that means money.  According to Box Office Mojo, all of the top ten worldwide grossing films have been nominated in at least one category, and all of the films that have reached one billion in worldwide gross have won at least one Oscar. 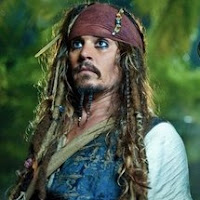 Which brings us to the newest addition to that club: Pirates Of The Caribbean: On Stranger Tides. It currently clocks in at number 7 on the all time list, with $1,023,860,479 and rising (since it is still in theaters).  I have it on the long lists for most of the technical categories, and yet, try as I might, I haven't been able to bring myself to put it into any of my nomination lists, much less give it a win.
As a disclaimer, I haven't actually seen the movie (and given it's box office numbers, I must be the only one!).  This is mostly because it got poor critic reviews in terms of story, and since I had missed several of the other films in the franchise I just didn't bother.
But since many of my readers have probably seen it, I put the question to you: Which category will it be nominated in?  Which category will it win in? Or will this be the movie that breaks the statistics and tells us that a billion dollars simply isn't what it used to be?
Posted by NeverTooEarlyMP at 7/16/2011 09:11:00 AM