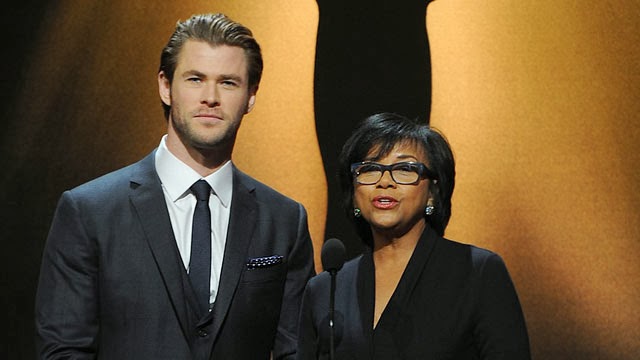 The internet flared up yesterday with lists of Oscar snubs and surprises, most of which weren't particularly snubby or surprising, but were rather simply the result of limited space in each category. Sure, you can boost your blog's hits by ranting about Oprah Winfrey, Robert Redford, Emma Thompson, Tom Hanks or Oscar Isaac, but none of that's really going to be remembered five or ten years from now when we take a more long term look at Oscar history.

From my perspective, the more interesting -- and lasting -- insight that we can read out of yesterday's announcements comes from the fact that the Academy once again chose nine nominees, for the third year in a row.

When the Academy switched to the flexible voting system that allowed anywhere from five to ten nominees, their vote counters at PricewaterhouseCoopers did a study which showed that if this system had been in effect from 2001 to 2008, there would have been years that yielded five, six, seven, eight and nine nominees (but never ten). However, since the rule actually went into practice, the Academy has been doing their best Herman Cain impersonation with "Nine, Nine, Nine."

I'm not going to be so reckless as to say that there will always be nine nominees in the future. I can imagine years where we might see eight or ten or even seven. But I do think that nine is something of a new standard, and that the years of five or six nominees are over -- despite what that PricewaterhouseCoopers study showed.

I'm not suggesting that their math was wrong (I'm quite certain that theirs is better than mine), but rather that the rule change brought with it some new behavior that the historical data could not be expected to accurately predict. Specifically, the strategy that some Oscar voters -- and nearly all Oscar campaigners -- use in making their decisions has fundamentally changed.

It's a subtle shift, to be sure, but any Oscar campaigner worth their salt is going to know that there's a difference between fighting it out for one of the top five slots, and assuring that your film achieves the new 5% threshold. It's a difference that's particularly important to know if your film isn't one of the year's top three, but rather one that likely falls somewhere in the 4 to 11 range, where the key is making sure you can get it over the hump and that it doesn't end up with only 4.9% of the vote.

The vast majority of voters, of course, are going to cast their ballots in the same way: They vote for their favorites and the campaigner's job is to convince them that your film fits the bill. They're unlikely to be convinced by strategy, either because they consider it beneath their artistic principles to consider such things, or because this level of strategy (and mathematical gymnastics) seems too confusing.

But the smart campaigners know that the "vast majority" of voters aren't what is required for a nomination. What you need is enough sympathy and passion to get you to 5%. That doesn't mean that you should bombard them with fancy math and the subtleties of the Academy’s surplus rule: You just have to convince them that their favorite underdog has a realistic possibility of a nomination -- a fighting chance, if you will -- and that their vote could make the difference.

While voters may not admit it overtly -- or even be aware of it consciously -- human nature dictates that a sense of what is and is not possible does impact our decisions. The new rules free Academy members up to vote for that masterpiece that they know wouldn't make the top five, but just might appeal to a subsection of their colleagues -- enough to get it over 5%. It's not that a larger percentage of voters are suddenly taking strategy into account, but rather that the new rules reveal -- and subtly change -- the unconscious strategies that were always in play.

Yes, elections held under the old rules yielded years where only five or six films got 5% of the vote. But they were also years where some (unknown) percentage of voters didn't vote for those seventh, eighth or ninth place contenders because they didn't believe it was possible for them to make the final cut. They were voting for films that they thought had a chance -- and the new rules make that universe of films slightly larger in their minds.

That doesn't mean that we'll always see exactly nine nominees every year. But the Academy is a group that boasts quite a bit of artistic diversity (as opposed to insufficient demographic diversity), and I think it's unlikely that they'll pile their votes up on only five or six films as they did in the past. Consciously or not, the voters have learned the lesson that more is possible. And those Oscar campaigners are going to work very hard every year to make sure they never forget that lesson.
.
Posted by NeverTooEarlyMP at 1/17/2014 08:50:00 PM 1 comment: 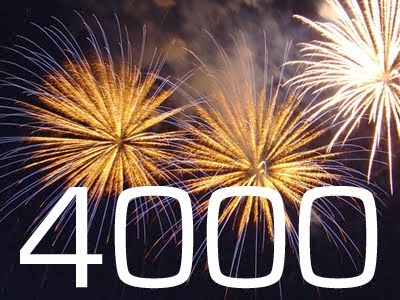 Just in time for tomorrow’s Oscar nominations, I’ve updated the Academy Members Project and am happy to report that we have now identified 4,000 Oscar voters!


That makes almost 59% of the total active, associate and retired members of the Academy!


Check out the list and see who you should thank (or blame) for tomorrow’s nominees: