Where We Fail: The #OscarsSoWhite Deadline Few Are Paying Attention To 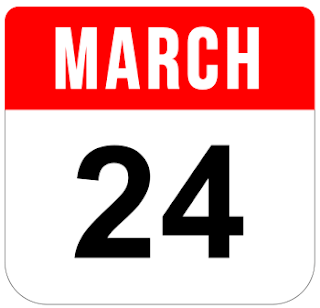 One of the most important Oscar deadlines of the year is coming up, but you wouldn’t know it from your twitter feed.

March 24 is the Academy’s deadline for new membership proposals. It may not be as flashy as nomination morning or as elegant as the awards ceremony, but it’s probably a more important date if we want to see real changes in the Academy’s demographics and tastes.

Unfortunately, if history is a guide, you shouldn’t expect to find many news stories about it. After months of coverage about every aspect of the awards race -- including the Academy’s shameful diversity problems -- the media’s tradition has been to lose interest right at the moment that the real decisions are made.

Will Sylvester Stallone be sponsoring Michael B. Jordan for membership this year? Which of Harrison Ford’s young Star Wars co-stars are getting his endorsement? Who gets Meryl Streep’s support, or Martin Scorsese’s?

We’ll never know. Because nobody ever bothers to ask.

It’s not that the press is completely silent about the Academy during the month of March. We still get editorials giving a thumbs up or thumbs down to their carefully constructed press releases, and suggestions for fixing the show. But I have yet to see any real journalistic investigation into the process of admitting new members -- and certainly haven’t seen the type of in-depth follow-up that one would expect given the annual outrage at the Academy’s lack of diversity.

We don’t even really know who is campaigning to get in. The process may not be as elaborate as one of Harvey Weinstein’s campaigns, but each new inductee has to find two existing members from their proposed branch to sponsor them. Who has found their two sponsors already? Who is still looking for some? Who has never even thought to apply? This kind of coverage would help to correct one of the common misconceptions that Cheryl Boone Isaacs and Hawk Koch have tried to dispel in recent years: The idea that you have to wait around to be invited out of the blue. It is perfectly legitimate, and quite common, to ask someone to sponsor you.

For existing Academy members, the question we should be asking is even simpler. Instead of “Who are you wearing?”, simply ask “Who are you sponsoring?”. Every Academy member has the opportunity to sponsor a new member each year, and simply by changing that one word, the media would be helping to fulfill the mandate to “ask them more”. We might even find some interesting combinations. For example, we know that Guardians Of The Galaxy director James Gunn was sponsored by Iron Man director Jon Favreau and Ant-Man director Peyton Reed, while Cuba Gooding Jr. was sponsored by Dustin Hoffman and Kevin Spacey.

Where are the brutally honest interviews about this step of the process? Instead of counting up how many films academy members did or did not watch, we could be asking about how many of their co-stars they’ve bothered to sponsor over the years. It is, after all, one of the privileges of membership. And it’s undoubtedly a better indication of how committed they are to diversity than whether or not they voted for 12 Years A Slave.

Why not try to find out if there is an 80-year old white guy who has consistently sponsored women and people of color for membership every year since he joined four decades ago? Or find out if young stars like Jennifer Lawrence, Daniel Radcliffe, Gugu Mbatha-Raw and Dev Patel are paying it forward by sponsoring a diverse range of actors?

Maybe track down every artist that ever worked with Ruby Dee and find out why she didn’t get an invitation prior to 2008. Or find out why Trent Reznor and Atticus Ross had to wait four years after their Oscar win before they got an invite. Or why Prince had to wait 28 years after his win to get his.

If journalists are having a hard time selling the story to their editors, they could even borrow the tried-and-true language of “snubs” to look at who hasn’t gotten in yet. From comics like Rodney Dangerfield and Rob Schneider, to Oscar nominees like Hailee Steinfeld and Rinko Kikuchi, to actual Oscar winners like Adele Adkins and Bret McKenzie, there are a lot of stories to be told.

Over time, some journalists could even become experts at this sort of thing, suggesting strategies to help the Academy further meet its diversity goals. For example, last year Malcolm D. Lee was invited to both the writers branch and the directors branch, and thanked Spike Lee, Reggie Rock Bythewood, Gina Prince-Bythewood, Ava DuVernay and John Ridley for sponsoring him. That’s an impressive list, to be sure. But it does lead to some rather troubling implications. Is the Academy really so racist that it takes five members of color to get one new one admitted? If each Academy member can only sponsor one new person per year, then maybe it would be better to seek out five white allies (presuming that there are any) so that we could get five new members instead of just one. And at the very least, maybe we should ask people to pick a branch beforehand, at least until the numbers even out, so that someone else can be sponsored in the other branch.

Unfortunately, we’re unlikely to see any of these stories. Someone decided long ago that all those investigative tools that were used during the awards season have to be thrown away the minute that Chris Rock steps off the stage.

The result is that both journalistic scrutiny and public pressure are at their lowest point precisely when the Academy needs them most: during the period when actual membership decisions are being made.
.
Posted by NeverTooEarlyMP at 3/20/2016 04:49:00 PM No comments: