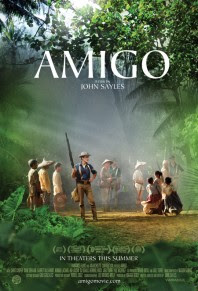 What I Saw: Amigo

Amigo is a story about the impossible choices made during wartime. Set during the Philippine-American War, Joel Torre’s character Rafael (the title character called “Amigo” by the invading armies) is charged with protecting the people inside and outside of his village as best he can in the face of yet another wave of colonial imperialism--a wave which they all recognize is neither the first nor the last.

While there are several gunfights that interrupt the village’s daily and seasonal cycles, the impossible choices explored in this movie are not the glorified military strategies that define most war films, but rather the intimate survival strategies of the people engaged in the transition from one colonial master to another. And in keeping with this, the pace and drama of the film comes not from the exciting bravado of winners and losers, but from the much slower, more impending, and more certain playing out of what we all (should) know: That the people never win in war.

At first you might think that the American soldiers are miscast compared to their Philippine counterparts. They seem scrawny, unkempt and comedically absurd in their lack of discipline. But in time you realize that they were perfectly cast, precisely because this is not intended to be an American fiction where the macho, muscle-bound soldier-hero makes the world safe for democracy. They seem remote and out of touch because they are. They have been carried along for the ride, as has the Spanish priest who preceded them, and carry with them the excesses that came from their incursions into other lands.

While the writing, acting, cinematography, art direction and (at times over the top) costume design work to distinguish this Philippine village in a particular location of place and time, the soldiers seem incapable in both their words and actions of approaching the place or its people any differently than their racist conquests in the American south, Cuba or Hawaii. Their “with us or against us” attitude leaves them largely unaware of the complex loyalties--and jealousies-- of family, economics, religion, politics, sexuality and entertainment that the film explores. Crises of faith, jokes at the colonizer’s expense, economic transactions, celebrations, loyalty and betrayal all go on under the noses of the Americans, and sometimes even at their insistence, as is the case with the elections or the romantic diversions.

Sadly, those who go to this film hoping for a testosterone-filled war movie will likely miss these complexities as well, and those who review the film immediately after leaving the theater are likely to remark that it is a bit slow at points. Like the colonialism that is its subject, this movie works on you over time, in the silent and backgrounded moments as much as the grand pronouncements. It does not propose its own solution, but rather asks the viewers to struggle with our own strategies, knowing that even if we cannot win today, we must still protect tomorrow. 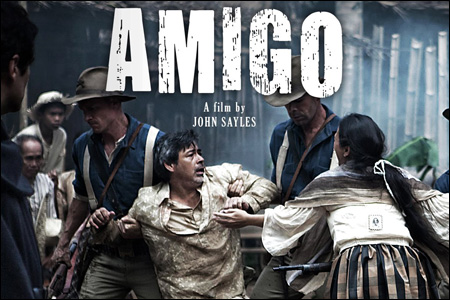 John Sayles has been nominated twice before for original screenplay, but the movie will need to pick up significantly at either the box office (a difficult task for an independent film) or the critics groups if it is going to be remembered at Oscar time.

What is a lamb score? Click HERE to learn more.