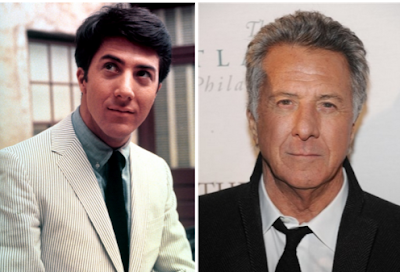 We’ve all been applauding Cheryl Boone Isaacs’ most recent statement promising changes to the membership of the Academy. But as someone who spends his days poring over lists of Oscar voters for The Academy Members Project, my eyes were drawn to a particularly brilliant move that she makes in the third paragraph.

After calling for changes to diversify the membership recruitment process, she says:

“This isn’t unprecedented for the Academy. In the ‘60s and ‘70s it was about recruiting younger members to stay vital and relevant. In 2016, the mandate is inclusion in all of its facets: gender, race, ethnicity and sexual orientation.”

At first glance, she’s just giving a history lesson. One that I remember reading about because this “push for younger members” in the ‘60s and ‘70s is how Dustin Hoffman and Jeff Bridges first became Oscar voters (and as I learned recently, Peter Bart as well.)

And then I started to do the math: if these younger members were in their 20’s or 30’s when they got these special invites, how old would they be today? Bridges is 66. Hoffman is 78. Bart is 83. And it stands to reason that all of their “classmates” would be older than 63.

63, that much-publicized, often criticized, median Oscar voter age that gets thrown around twitter. Those older voters that the pundits tell us are responsible for all of Oscar’s “wrong” choices. The ones that are mocked for being out of touch. They were recruited.

And they were recruited, she tells us, precisely to keep the Academy “vital and relevant”.

And in reminding us of this history, she speaks to both sides of the controversy. To today’s youth, she sends a message: These old folks actually did good work. They’re members for a reason. And perhaps she sends a caution as well: Age is coming for you too. It won’t be long before you’ll be the out of touch dinosaurs that you’re criticizing today.

And to the old folks, the longtime members who may bristle at the idea of messing with the academy’s “standards”, she sends a reminder: You were recruited then, just like they are being recruited now. This is how you got here too!
.
Posted by NeverTooEarlyMP at 1/19/2016 12:55:00 AM